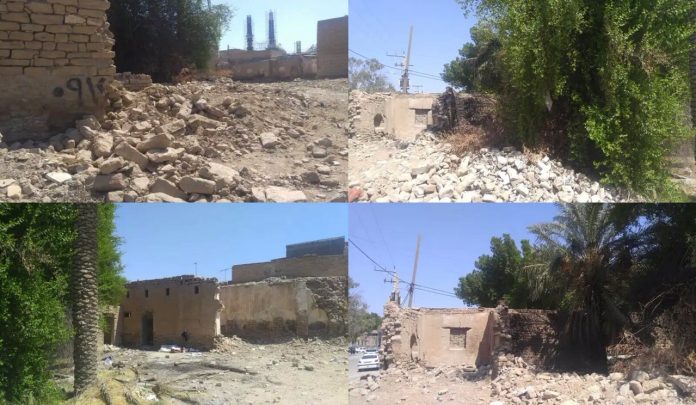 Another disaster struck the historic identity of the Ahwazi cities, and another historic home was completely destroyed recently by Iranian criminal regime.

“Beit Kalban” is an Ahwazi historic stone house dates back nearly four century been destroyed by Iranian regime without taking in to the consideration all the warning by Ahwazi local activists.

“Beit Kalban” is located on the south side of the Ahwaz capital and at the far end of the city, in which this historic house was built in a very unique architectural style.

An important feature of the monument was its beautiful summer windmill, which was used to ventilate the rooms and the halls, were the ventilation ducts are located on the west side of the house and facing the Karun River.

The Iranian demolition’s act has triggered the anger of Ahwazi people and demonstrated against shocking destruction of Ahwazi historical places and demanded international act for stopping Iranian crime against Ahwazi ancient places.

Balochistans in supports of Ahwaz