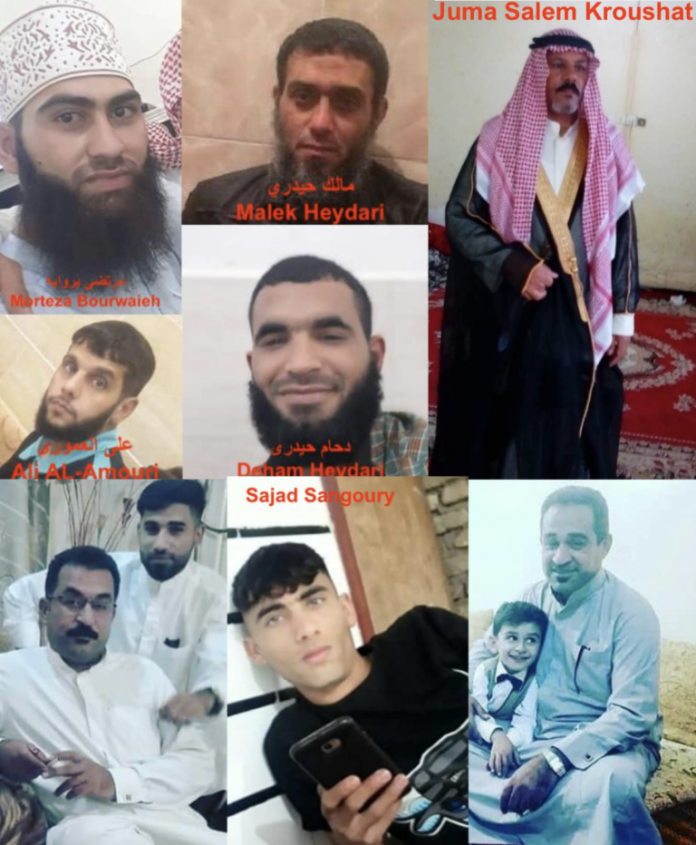 Arab Ahwazis have continued to be subjected to violations of their rights, including the violation of the right to freedom of assembly and association and the right to freedom of opinion and expression. Iranian authorities have reportedly applied broad national security laws to target human rights defenders and activists, including those helping with flood relief efforts

during 2019 in AL-Ahwaz, but recently the security forces, the revolutionary guards launched a wave of mass arrests in Ahwaz.

Here are some of the Ahwazis who were arrested recently;

Malek Heydari has a wife and four kids.

Ali AL-Amouri has a wife and about a month ago Ali’s kid died.

Morteza Bourwaieh has a wife and a son and a daughter.

Also, the intelligence of the Persian occupation arrested Sajad Sangoury from the city of Sous (Sus) north of the occupied Ahwaz on false charges by the Persian intelligence.

The raid by the Iranian government continuous. The regimes’ thug arrested one Ahwazi citizen from his house. This Ahwaz citizen Jumaa Al-Salem Al-Muhsinin Age 45 has three children and a wife.

The mass arrests in Ahwaz continues. The regime arrested Jasim al-Nasseri and Hakim Sultan al-Nasseri two brothers and took them to an unknown location.

We, the Ahwazi Centre for Human Rights (ACHR), strongly condemns Iran’s plan to execute Ahwazis in the military parade attack anniversary and/or any Iranian regime move towards executing Ahwazi defend less people and calls upon Mr. Javaid Rehman the United Nations special rapporteur for situation of human rights in Iran and Mrs Agnes Callamard the UN special rapporteur on extra-Judicial execution to intervene and stopping Iranian criminal regime from executing innocent prisoners that were arrested without any legal warrant.