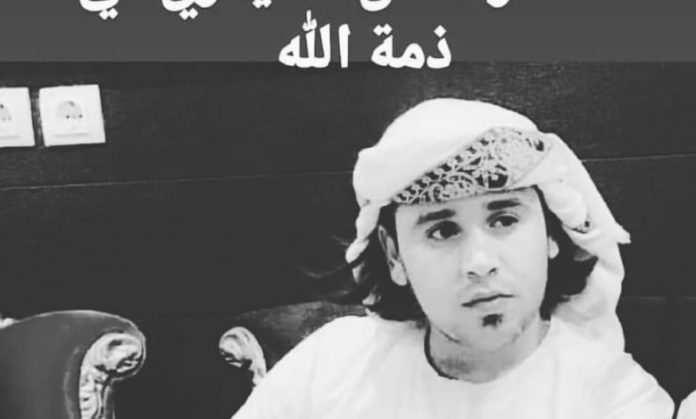 Last night Hassan at first felt he was poisoned, and taken to hospital about midnight. When the nurses tried to help him, he had a seizure early hour of the morning. His condition quickly escalated and worsen. It got to a point where he had a stroke and died.

Worth noting that Hassan was arrested by Ahwaz Intelligence agents in August of 2018. Eye witnesses said that the agents beat him severely at the time of his arrest. On September 17, 2018, Hassan Heidari was released on 3 billion rials ($23,000 USD) bail and awaits trial. Hassan, a married, 27-year old poet originally from Koot Abdullah in Ahwaz, is an active participant in private poetry readings

What is very suspicious is that Hassan was in a great health condition and did not suffer from any heart problems or diseases could cause a stroke. Hassan’s relatives accused the Iranian regime’s security agencies for the death of young Ahwazi poet.

Hassan, an Ahwazi poets who was arrested several times because of epic and national poetry and criticized for superstitions in the dominant religion and criticizing the clerical policies in Iran.

In recent years, Ahwazi Arab poets and cultural activists have been suspected of being killed or killed. For example, the suspected death of Ahwazi poet in November 2012 Sattar Sayyah who killed suspiciously. Another example, the suspected murder of three prominent Arab poets in the town of Mohmarah named Taher Salami and Abbas Jawaleh and Nazim Hashemi where the government plotted the accident on Abadan-Mashour Road on March 25 2008 where that event lead to the death of all of them.

Arab Ahwazis Have Continued to be Subjected to Violations of Their...