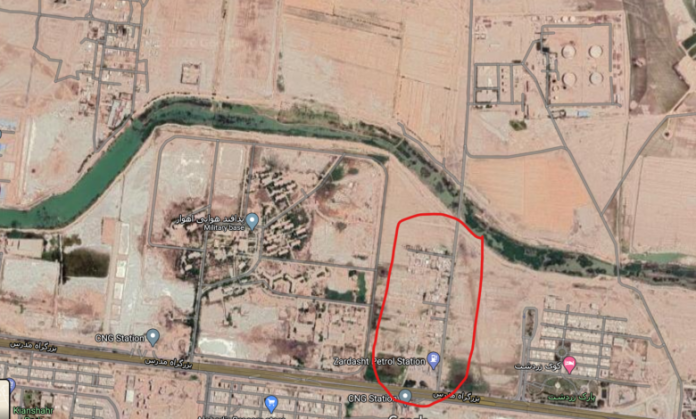 Abolfazl village is located between Zardasht town and Kianshahr in Al-Ahwaz, where more than 300 families have been living for more than decades. Over the past years, all the governments that have come and gone tried to overtake these villages but the people of those villages resisted.

The question is why Iranian regime remembers this town now after many years  where families built houses and made a living from generations in Abolfazl village and other villages around Ahwaz.

From killing Ahwazi Activists to publicly announcing that they hate Arabs (in different platforms) to Iranian regime’s deliberate attempt to Forced Migrate the Ahwazi citizens from Ahwaz to other regions, there has been a plan since this regime’s early days.

After Iranian regime’s failure of force migrating Ahwazi Citizens from their lands with man-made floods in 2019. they have decided to go back to the old technique, this time Iranian regime decided to destroy Ahwaz and Ahwazi people by destroying their houses. Iranian regime told the Indigenous Ahwazi Arab farmers to leave their homeland to seek safety elsewhere.

In the Abolfazl village, an Ahwazi citizen showed the destroyed homes of the village and added “This is the fatherland of all of us, and it is not clear what they want from our lands.”

The regime attacked the villagers who were preventing the destruction of their homes. The repressive forces used force, guns and tear gas.

The regime has arrested more than 130 Ahwazi citizen from Abolfazl village and some are bailed out;

The threat of forced displacement, deportation or execution of the Ahwazis, Kurds, Turks, Baluchs and Turkmens has been a persistent threat inside Iran. The lack of reaction by the international community concerning the state of human rights in the Ahwaz region and other non-Persian regions, has given the Iranian regime the right of life and death over entire communities.

We, the Ahwazi Centre for Human Rights (ACHR), are concerned about the situation in Ahwaz regarding the arbitrary behavior of the Iranian security forces. Iranian regime must stop the racist ideology of removing Ahwazi Arabs from their lands.

The Ahwazi Centre for Human Rights (ACHR) strongly condemned the criminal attack by the repressive forces of Iran  on the village of Abolfazl.