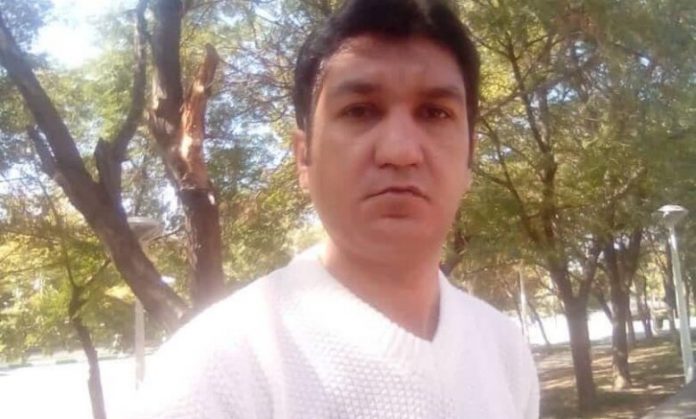 The Ahwazi Centre for Human Rights obtained confirmed information from its sources within occupied Al-Ahwaz, indicating the severe health deterioration of Ahwazi prisoner Mr. Fouad AlBoufteila nejad in the past few days.

The sources added that Fouad was subjected to brutal torture by the Iranian occupation intelligence since the prisoner’s arrest on the fourteenth of August 2020, and due to the deterioration of his health, he was transferred from the intelligence detention to the notorious Sheyban prison in Ahwaz capital, in the past few days.

In light of the extreme media secrecy, the centre’s sources found that the Iranian occupation intelligence pressured the prisoners’ families from any mention to the media about their beloved son, which will bring tragedy to Fouad in prison, and they must remain silent until the law decides what is the ruling issued against him and then they can speak.

Mr. Fouad AlBoufteila nejad son of Iskandar, who is 38 years old, was active in the field of media and journalism until 2008 when he was expelled and banned from publication by the Iranian intelligence services.

Fouad was arrested for the first time in 2014 for a period of four months, and he was subjected to the worst forms of psychological and physical torture in the notorious “Evin” prison. After his release from Evin prison, his health deteriorated, as he continued to treat himself with neurologists and his health returned to good measure.

Fouad has a lot of eagerness in journalism and writing. After he was banned from publishing in local newspapers, Fouad entered the virtual world (the Internet) and continued to publish news and reports about human violations in the occupied Al-Ahwaz.

Fouad was arrested for the second time on the fourteenth of August of 2020 at 12 noon, Ahwaz time, while he was at his home, and he was transferred to an unknown destination. After nearly four months of detention, the Iranian occupation informed Fouad’s family (mother) that Fouad had been transferred to Sheyban prison and his health deteriorated, and he was also prevented from receiving treatment by order of the Iranian occupier’s intelligence service.

The Ahwazi Centre for Human Rights calls on all human rights defenders, regionally and internationally, to urgently intervene to save the life of Ahwazi prisoner Mr. Fouad AlBoufteila nejad, to allow him treatment and his release from the Iranian occupation prisons, where what the Iranian occupier regime does against activists in the occupied Al-Ahwaz is a major and deliberate crime against humanity