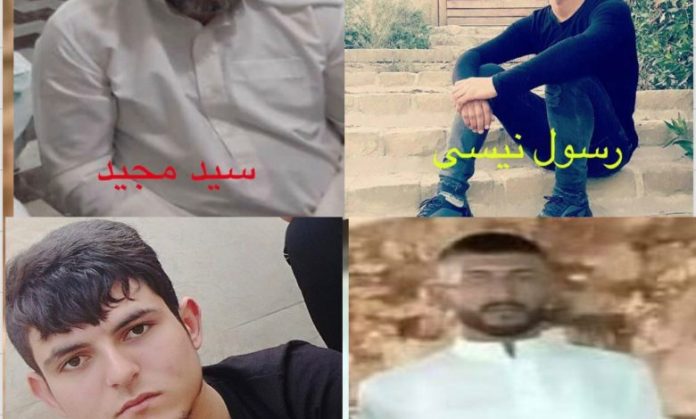 This year Eid in Al-Ahwaz, the Ahwazi young as per Ahwazi tradition, they were incantation heroic poems in remembrance of Ahwazi occupied state as well as peacefully risen Ahwazi flag in different Ahwazi cities and towns as the young named the Eid as “Challenge Eid” due to tight security measures implemented by Iranian occupation regime.

Ahwazi Centre for Human Rights has received following names of Ahwazi young from “Mallashyeh” neighbourhood of Ahwaz capital that were arrested on Thursday the 21st of May 2020.

Ahwazi Centre for Human Rights has received following names of Ahwazi young from Khafajiya (Susangerd Persian name) city  that were arrested on Saturday the 23rd of May 2020.

Ahwazi Centre for Human Rights has received following names of Ahwazi young from Tostar ( Shushtar Persian name) that were arrested on Thursday the 28th of May 2020.

The detainees were from “Alam-ul-Hoda “ and “Andisheh” neighbourhood of Toster city.

Local sources quoted that number of arrestees in Toster city is estimated between 25 to 30 person including children.

There are arrest has been made against Ahwazi young in Ma’shour city and so far the Ahwazi Centre is chasing the names of those who has been arrested and will publish the names as soon as been identified. According to Haidar Abbaszadeh the commander of the police force that has announced the arrest of 14 Ahwazi young in the Ma’shour city on Wednesday the 27th of May 2020. Abaszadeh said those young been arrested after they risen Ahwazi flag during the Eid Al-Fitr celebration.

The Ahwazi Centre for Human Rights calls upon human rights organisations and defenders to put pressure on Iranian criminal regime to release all Ahwazi detainees that been arrested unlawfully.

Steel and Sugarcane Workers Outraged Over Unpaid Wages in Ahwaz