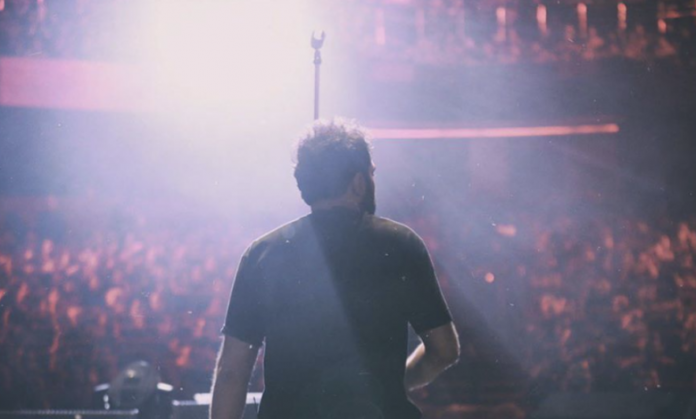 Pop singer Mehdi Yarrahi was banned from all future concerts and all his concerts got canceled despite being licensed. He announced the news on his personal Instagram. He said, “This time I have been banned from working in my hometown because of what I have said at Ahwaz and Karaj concerts … and basically because of my perspective.”

Mehdi Yarahi, a pop music singer, posted a post on his Instagram page announcing the ban on all his concerts.

The report says that Mehdi Yarrahi has been banned from the Ministry of Guidance recently for speaking out about some of the issues at his recent concerts.

He is banned until the regime lift the ban from him. Worth noting that his pre-issued licenses have been revoked. To date, He didn’t speak of the restrictions and disadvantages imposed on himself and other Ahwazi singers over the past years.

Earlier, on 3rd of January 2019, also Mehdi Riahi was banned and suspended from working by the Ministry of Culture and Guidance.

Mehdi Yarrahi performed at a concert in Aftab tapeh in Ahwaz, along with all the members of the band in support of the steel workers detainees in the company workers’ clothes. He had also announced the cancellation of his concert in Borujen which was due to take place in few weeks.

The authorities must immediately stop their racist attitude towards Ahwazi citizens.

We, the Ahwazi Centre for Human Rights (ACHR), strongly condemns Iran’s plan to ban singer for their rights to express themselves. We are calling upon Mr. Javaid Rehman the United Nations special rapporteur for situation of human rights in Iran and Mrs Agnes Callamard the UN special rapporteur on extra-Judicial execution to intervene and stopping Iranian criminal regime from executing innocent prisoners that were arrested without any legal warrant.