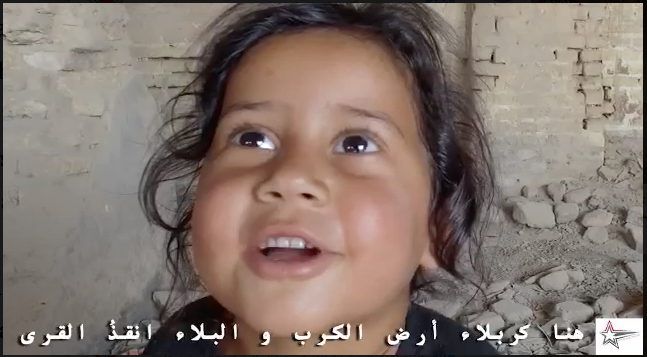 In a report leaked from the Al-Ahwaz (South Ilam, Khuzestan, Bushehr, and Hormozgan provinces in the Iranian map), the Iranian occupying regime intends to control multiple neighborhoods of Ahwaz capital, with the aim of besieging the capital to face any future movements of Ahwazi people and to prevent possible military intervention from outside the capital city and controlling the “Al-Nakhilat” (Abu al-Fadl village Persian name) is nothing but a prelude to implementing this plan.

Neighbourhoods adjacent to the Ahwaz capital that need to fall under the control of the regime, are the neighbourhoods that the occupier regime fears of their control of the capital in any possible change in the future, where Iranian terrorist security leaders believe that these neighbourhoods are difficult to control in any variables and took the decision to dismantle their communities and transfer the residents to different areas spread far apart from each other.

The neighborhoods that are targeted by the policy of military control and dispersal are most of the outskirts of the Ahwaz capital, and they are as follows:

– And Al-Nakhilat neighborhood, which the security forces entered to actually evacuate it by force and bullets during the past 2-3 days. The possibility of entering other new neighborhoods on this list is still not announced.

The Iranian occupation regime’s argument for controlling these neighbourhoods is that they were built without a license or legal permission and it is necessary to return the land to the regime, in particular to the two institutions, the Mostazafan Foundation and the Khomeini Relief Foundation (Imdad), but given the control of the Revolutionary Guards over these two institutions through the Khamenei, as evidence indicates that these areas will build camps and housing and secret military and security institutions in it both on the ground and underground for the IRGC terrorist militia. Indeed, in the “Abu Al-Fadl” village there is an airport and a hideout for the guards’ drones.

In a similar context, the Iranian occupation regime has arrested and conducted arrests file against 130 Ahwazi citizens from “Abu Al-Fadl” village after the village residents defended their home from being demolition on Wednesday the 26th of August 2020.

“Abu Al-Fadl” (Abu Nakhailat in Arabic) village is located between Zardasht town and air defense base in the northwest of Ahwaz capital. This village used to be agricultural land a long time ago and then through the Ahwazi residents by changing the use of land from agriculture to urban land, the residents started construction and no Iranian occupation regime’s institution or organization has protested against the Ahwazi construction. “Abu Al-Fadl” village is currently part of section 8 of Ahwaz capital and consists of 12 streets, in which more than 40 houses have been built in each street and the area of land near the main road is traded at 2 million Tomans per meter.

With the development plan of Ahwaz capital in recent years, this village and the lands on the outskirts of Ahwaz have been coveted by many Iranian influential organizations, institutions and individuals, and several hectares of people’s lands have been confiscated by government institutions, including the Mostazafan Foundation.

The villagers added: “The municipal authorities along with the police forces attack us every few days and destroy a number of our houses, even at night, and cause a state of horror and terror among children and women, causing the villagers to be divided into several groups every night to guard and protect the village from Iranian occupation regime attack”.

A few days ago, Iranian security forces arrested more than 130 residents of the “Abu Al-Fadl” village after the village resident faced the police and municipal enforcement forces.

The villagers said; “We were under pressure in the detention center and they asked us to make a commitment, to accept the issue of demolition of our houses, but we did not do that and even one of the owners named Nader Loveimi, who is working as “estate agency”, is still under severe pressure and torture and without the right to a lawyer”.

The names of some of the Ahwazi citizens from Abu Al-Fadl” village who were released on bail are as follows:

37- Hassan Gharbawi (arrested along with his two sons)

Finally, the video that was recorded on Saturday the 29th of August 2020 shows clearly many Ahwazi women from the village saying that “the Iranian occupation regime has confiscated our agricultural land in the past time and recently started to confiscate our residential’s’ lands. Another woman said I have boys that were unable to find any job within the nearby oil companies. We are suffering from severe impoverishment by the current regime”.

Mohammad Sabah al-Sari was transferred to a hospital “Fatima Zahra” in...