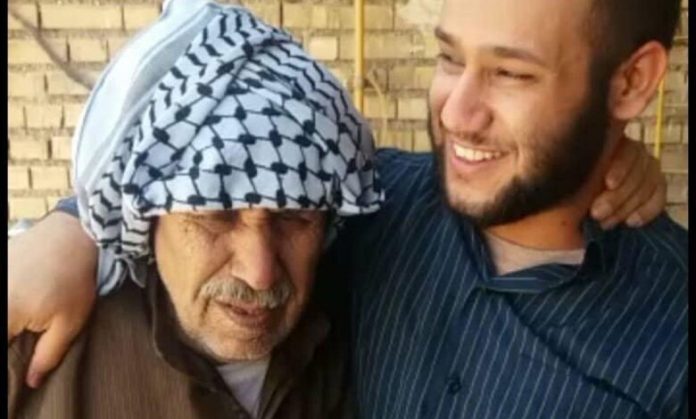 Recently three Ahwazi Arab prisoners were released from Sus (Persian name: Shushtar) on bail but after a few days the Iranian intelligence arrested them again.

Sahib Krasi, Muslim Zoghabi and Hossein Hamzeh were released from Sus prison on 23 of August 2020, each with a bail of 3 billion Rials, but were returned to prison on 2nd of September. The prosecutor said that the reason for the return of the three prisoners was the release of the video of their release of the prisoners on social media and asked the families of the prisoners to report the people of the social networks who published these clips to the Iranian authorities. The exact whereabouts of the detainees are not yet known, and their families have been unaware of the fate of the three detainees.

The three Arab activists, along with a number of Sunni Arab citizens, were arrested by the Intelligence Service on September 28, 2018, due to their conversion and activities in this field. The Revolutionary Court charged those Ahwazi Arabs of propagating Wahhabism, and no verdict has been issued against them so far.

“Propagation of Wahhabism” is an accusation used in recent years by the Revolutionary Court and the security services against people who have changed their religion.

In Ghaen prison in south Khorasan Adnan Echresh 44, Adel Marie 43 and Hossein Amiri 40 years old, all three Ahwazi citizens were arrested on September 26 2015, by the Iranian Intelligence Officers because they changed religion to Sunni religion and engaged in cultural activities. Each was sentenced to 10 years in exile by Ghaen Prison in the Revolutionary Court of Ahwaz. It is worth noting that Adel and Adnan are teachers of Arabic history and literature in Ahwaz.

The relatives of the three prisoners say that they have no contact with them unless they call, and given that the city of Ghaen is more than 1,400 kilometers from Ahwaz and the cost of transportation for the families is very expensive, they do not have regular visits with them. They have not heard from them for sometime. The families said that Adel, Adnan and Hossein are charged with security and political charges, but without regard to the principle of segregation of crimes, they are placed in other wards, including long-term drug offenders, most of whom are sentenced to long sentences or life imprisonment. They are in prison.

We, the Ahwazi Centre for Human Rights (ACHR), are concerned about the situation in Ahwaz regarding the arbitrary behavior of the Iranian security forces. Iranian regime must stop the racist ideology of removing Ahwazi Arabs from their lands.

Outbreak of disease in Sheiban prison in Ahwaz and failure to...