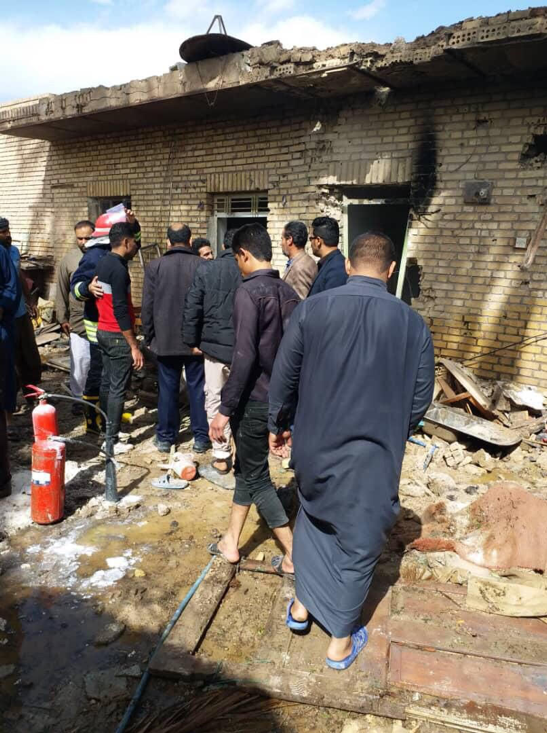 Another serious issue that poses a threat to Ahwazi citizens is the prevalence of landmines in areas they live in. Ahwazi citizens have continued to see deaths and serious injuries from landmine explosions for more than 30 years after the end of the 1980 – 1988 Iran-Iraq War.

It has been reported that more than 20 million landmines were placed in Iran during the war. According to a report published by the Monitor (Landmine and Cluster Munitions Monitor) more than 10,000 have been victims of landmines since 1988.

It is worth noting that Iran still continues to plant land mines which adds up to that nightmare.

On the 16th of Feb, A 23-year-old young Ahwazi citizen was killed as a result of land mine explosions.

According to local sources, this young man, called Mohammad Hanzal-zadeh, has found the land mine nearby the neighbourhood and out of curiosity he brought it home with him. After getting home the land mine exploded and shattered the unemployed young man.

In that explosions Mohammad died, a woman was injured and transferred to the hospital and the explosions destroyed Mohammad’s home too.

The land mines and explosive devices left during the Iran-Iraq war is causing deaths and injuries to a number of Arab fellow citizens in the cities of Sus (Shush) and Maysan (Dashte Azadegan) every year, but the land mine in Falahiyeh city (Shadegan) has been unprecedented.

A land mine blast killed an Ahwazi citizen in Sus.

A 23-year-old young Ahwazi from Eyn Du lost his left foot, following a mine blast.

4 Ahwazi citizens injured over the land mine explosion in Sus.

In another event two young Arabs were injured for the same reason, land mine explosion.

On 27th of January 2018, two young Arabs named Ali Dahimi, 17, and Mohammad Dahimi, 16, from Aldibays in Meshdakh were injured in a land mine explosion.

An Ahwazi young died in the town of al-Fakkah west of Al-Ahwaz on Saturday the 8th April 2017 as a result of the explosion of a landmine from the remnants of the Iranian-Iraqi war in the 1980s.

A young Ahwazi citizen was badly injured and shrapnel hit his face and belly.

The Ahwazi Centre for Human Rights reiterates the need for the international community to hold Iranian government accountable for letting this catastrophic disaster to continues for more that 3 decades.

We, Ahwazi Centre for Human Rights are calling on all human rights organizations, including Amnesty International and the European Parliament to address the situation of Ahwazi Arabs and put an end to human rights violations towards Ahwazis.

An Ahwazi Arab represented Plight of his Nation – the Ahwazi...