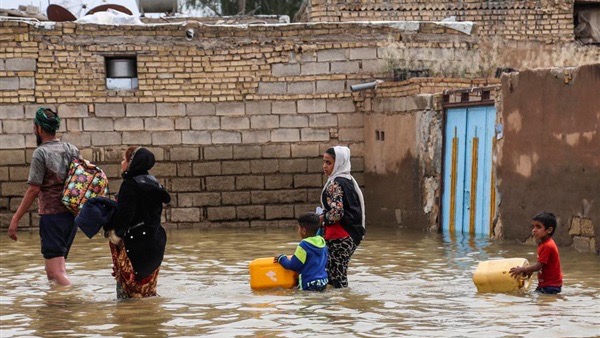 Sources of the Ahwazi Centre for Human Rights reported that the water level of the Karoon River in Ahwaz capital, has risen on the 25th of February 2020, and the Ahwazi people are worried that the Iranian occupier regime will open of the dams’ valves and fabricate a deliberate flood again.

A video from the Ahwaz capital shows the high water level in the Karun River, that follows by the concern of the Ahwazi people from floods as, which the regime attempts by opening the valves of the dams similar to the 2019 floods.

Observers from Ahwaz reported to ACHR that “most of the dams reserves large water, but we do not know what is the reason for the Iranian regime to open the valves of the dams every year at these times and destroy entire villages and countryside farming and infrastructure.

The Ahwazi Centre for Human Rights believes that the Iranian occupation regime is fabricating the artificial and deliberate floods in order to displace the Ahwazi people of affected villages and rural areas for a process of demographic change in the Ahwazi occupied land.