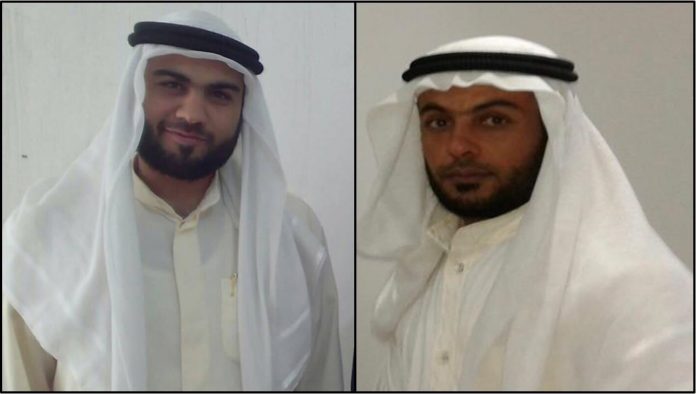 This morning on the 4th of August 2019, Ghassem Abdullah and Abdullah Karmollah Chab two Ahwazi citizens from Sus city (shush) who were sentenced to death, then executed by the Iranian regime. They were sentenced by the First and Third Branches of the Ahwaz Revolutionary Court on charges of “moharebeh and propaganda against the regime with Sunni religious and believes”.

After the two Ahwazis being sentenced to death in the first branch of the Ahwaz Revolutionary Court, Ghassem Abdullah and Abdullah Karmollah Chab were transferred to Isfahan Prison and then to Evin Prison in Tehran. Both of them were held in solitary confinement and deprived of visits and contact with their families, which raised lots of concerns for their families.

Ghassem Abdullah born on 1986, married and have two children. He is residents of one of the  villages in Sus (also known as Shush). Abdullah Karmollah Chab born on 1980, married and have three children. He is residents of Shavur district. They have been charged with “moharebeh and propaganda” on 2017 along with four other defendants. Against the System “Branch 1 of the Revolutionary Court of Ahwaz was tried and sentenced to death. All the defendants did not accept the charges brought before the Revolutionary Court.

Worth noting that both Ahwazi citizens had been in the Iranian Intelligence Detention Facility for several months under the most severe mental, physical torture and forced confessions.

Amnesty International announced in a statement on May 9th that showed concerns about the imminent execution of ” Ghassem Abdullah and Abdullah Karmollah Chab “.

Amnesty International UK did put some suggestion of what people can do to help stop the execution, but that was not enough to stop the murderous regime of Iran from executing innocent Ahwazis.

Ahwazi Centre for Human Rights participation in Eleventh Session of the...