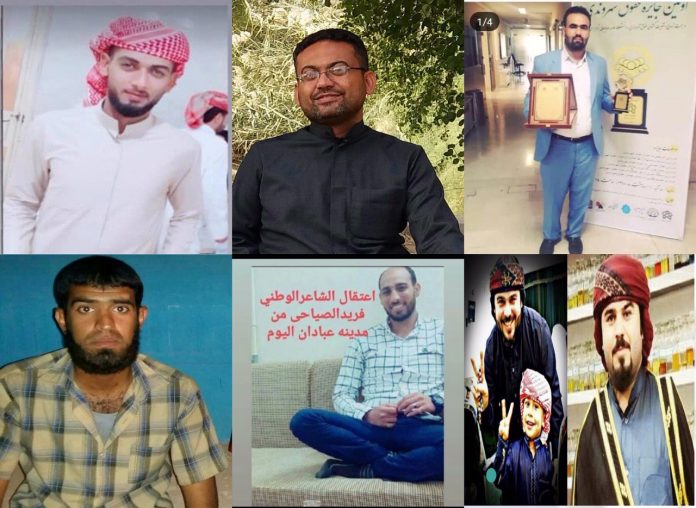 The Iranian criminal regime authorities have launched a widespread campaign of repression against the Ahwazi activists, arresting dozens in the Khuzestan (part of Al-Ahwaz) province, southern Iran, in recent weeks.

The wave of arrests includes Ahwazi civil society and political activists, in which Iranian criminal authorities use the arrests as an excuse to paw the way to crush the opposition voice in Khuzestan (part of Al-Ahwaz) province, southern Iran.

The arrests took place in various Khuzestan (part of Al-Ahwaz) province’s cities and villages, including Ahwaz capital, Hamidiyeh, Mohammareh, Susa (Shush) and Falahieyh, where the mass arrests have created an atmosphere of fear and horror among Ahwazis who are already facing persecution and discrimination in Iran.

Some of the arrests has taken place prior to “Eid Fitr” against Ahwazi cultural activists in attempt to silence the voice of Ahwazi people who are celebrating the occasion to show and bring the attention of global community about their suffering and miseries exercises by Iranian criminal authorities.

Iran’s record of persecution and discrimination against Ahwazi Arabs shows that these arrests are arbitrary and politically motivated.

The Ahwazi Centre for Human Rights has documented following names that were arrested by Iranian regime officials.

The Ahwazi Centre for Human Rights calls upon the Iranian authorities to release immediately and unconditionally any Ahwazi person detained solely for the peaceful exercise of their rights to freedom of expression, peaceful assembly or, solely, ethnic identity.