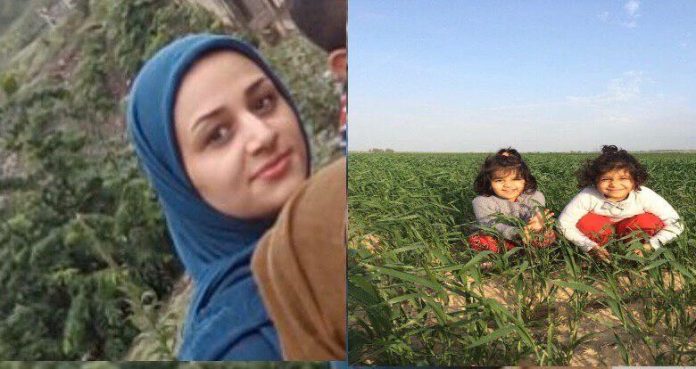 Dozens of Ahwazi women are detained under catastrophic circumstances since their arrested after military parade attack that were took place on Saturday the 22nd of September 2018.

Despite the Iranian occupation regime has killed all the attackers of the September incident, but the cases of Ahwazi women has not been clarified and all the Ahwazi women are jailed without any accusation or judgement,

The Iranian occupation regime security service has arrested also many Ahwazi women the has converted their belief from Shia to Sunni, along with other women that are not having any relation to September attack in 2018.

The Iranian occupation regime has arrested more than 1000 Ahwazi person after September 2018 in which 200 of the arrestees were transferred to Hamadan prison (north of Iran), and the Ahwazi arrestee women were distributed between Tehran’s Evin and Ahwazi’s Sheyban prisons.

There are 9 rooms in the Ahwaz Sepidar prison’s women section where there are 220 women are detained in different rooms. Ahwazi female political and religious activists are mixed with other prisoners in other rooms with crimes of murder and drugs, and so on.

According to families, under threat of torture, the Ahwazi detained women have signed enforced confessions under ISIL membership interrogation and even reported to the interrogator of Branch 12 and Branch 2 of the Revolutionary Court Mr. “Shahini “ that they had their confession under threat of Iranian intelligence service. The detained women are being held in Sepidar Prison in Ahwaz, despite denying the accusation of “propaganda against the regime” and “joining the Islamic State”, and even heavy bail have been issued in which they cannot afford it.

Miss Sepideh Ghelian, is known activist that were detained in Sepidar prison for several months, and after her release from prison, she has retweeted on her twitter account about the dark situation of Ahwazi women in the Iranian prison of Sepidar. She has stated about the obligatory confession of Ahwazi women prisoners as well as the emergence of the barbaric torture on their body.

The Ahwazi women names are as follows:

The mentioned names of Ahwazi arrested women expected to be more , in which in contact from Ahwazi Centre for Human Rights with some families, the families has said that there are large number of Ahwazi women are in Tehran Evin prison and their families are threaten by intelligence service in order not to talk with any one about their daughter arrest.

The Ahwazi Centre for Human Rights calls upon United Nations special rapporteur Mr. Javid Rahman to put pressure on Iranian criminal regime to release all Ahwazi women who are innocent and were plead guilty.