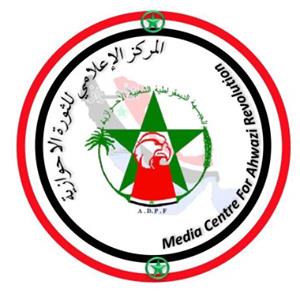 The Ministry of Intelligence of the Islamic Republic of Iran (also known as Vezarat-e Ettela’at Jomhuri-ye Eslami-ye Iran) arrested another Ahwazi in his return to Iran from Sweden. Halim Aziz Al-Sari 45 years old from Al-Khafajia, 60 km west of the capital city Ahwaz.

Halim Aziz Al-Sari sought asylum in Sweden but because of poor conditions for refugees and the length of waiting period he decided to return to Ahwaz thinking that the Iranian intelligence will not arrest him because they know nothing about him or it is not very important to the Iranian authorities.

On his arrival, Iranian Intelligence arrested him and took him to an unknown location. Iran has a bad reputation in taking confessions under torture, confessions based on no facts. All these to get rid of everyone who talks about Iran and exposes their crimes against minorities to the world.

In a similar situation, the Iranian occupation forces arrested three young Ahwazians directly after being refused asylum and were forcibly deported from the Netherlands, Iranian authorities arrested them in their return to Iran and were taken to unknown places.

From this point of view, Ahwazi activists demanded that human rights organizations press Iran to stop its crimes against Ahwazians, especially the political and cultural activists, and also, they need to take the threats directed against the Ahwazians if they return to Iran serious, because Iran is a criminal state and does not care about the lives Human beings. They care about how to get rid of people who opposing them which means getting rid of political activists for their sake.

Ahwazi Centre for Human Rights speech in #HRC35 in Geneva

Ahwaz was a rich and wealthy land, BUT… .