On Thursday 28th of September, Ali Sayahi an Ahwazi Arab represented Plight of his Nation – the Ahwazi Arabs at a conference called Songs for Refugees at Sydney Opera House organised by Mum 4 Refugees.

The conference started at 8PM until 11PM, presenters at the Songs for Refugees ;

Ali is a refugee from Ahwaz presented his story in front of lawyers, human rights and refugee activists.

We, the Ahwazi Arabs have been under Iranian occupation and oppression for almost a century. Alahwaz was annexed and occupied by Reza Pahlavi, Shah of Iran in 1925. The Ahwaz region is historically called Arabistan (Alahwaz) but nowadays Alahwaz is part of South West Iran.  From 1925 Ahwazi Arabs have been mistreated and persecuted in Iran. Since the Mullah regime (Iranian Revolution 1979) the situation has got worse. The Ahwazi Arabs belong to the Arab ethnic minority in Iran.

Iranian regime after occupying Alahwaz, they initiated programs and policies of Persianization by enforcing Persian or Farsi as the official language and banning the teaching of Arabic in the schools in the region.

Despite the Natural wealth in Ahwaz region over 90% of oil and gas wealth claimed by Iran located in the region, while poverty spreads among Ahwazi people. We are victims of institutionalised wider spirit destitution and deprivation such as for example; 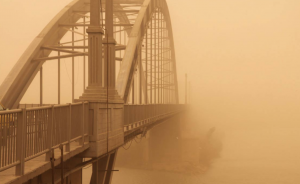 Ahwazi Arabs are deprived of basic human rights and moral principles such as freedom of speech, freedom of thought/opinion on politics and religion, sexual orientation, gender identity, right to education in mother tongue and right to a fair trial.

Iranian government systematic crack down on Ahwazi Arabs, sweeping arrests of Ahwazi Arab activists on a daily basis and violating Human Rights by the Iranian regime is becoming something normal.

Click the link to watch how Iranian regime tortures Ahwazis held by the Iranian security forces.

Iranian Security Intelligence Forces (Ettela’at) are raiding random Ahwazis houses and arresting young Ahwazis in different suburb and cities in Ahwaz in order to cause fear and panic in Ahwazis’ lives. They are trying to stop them from uprising and protesting for their rights in their own land which the Iranian regime has occupied for more than 90 years.

Ahwazi people during all these year have experienced nothing but depression, systematic Crackdown on their language and cultural.

I would like to thank the organisers and all of you for coming out and standing with refugees.

I am Ali a refugee from Ahwaz, a place of persecution, execution and torture for non-Iranians from the Iranian regime. Amnesty International and Freedom from Torture reported that The Iranian regime is second in the world for executions and torture.

In 2016 alone more than 1,000 people were executed in Iran, and the Iranian regime itself reported that more than 25,000 people are now in Iranian prisons.

I fled Ahwaz to escape torture and death. In 2013 my family and I arrived in Australia and collided with a complicated system which made us numbers.

Some lucky numbers were free to start a new life quickly, but I had an unlucky number and was in detention a long time.

The system is complicated when it changes a victim into a guilty person without a trial or accusation.  I tried to understand the system but I drowned deeper and deeper. The worst thing was when They separated me from my family and I did not know if I would see them again, will I be deported and die under torture without seeing them? The way ahead was dark.

But my first ray of hope was when I met Nadine on Facebook and she and others outside the system started helping me and my family.

Nadine contacted Alison who accepted my case. Because of them I got out of detention in 2016.

Without their help, we would still be stuck in the system as unlucky numbers.

With their help, we have started a new life.

I am telling my story to thank Alison and Mums4refugees and to say how much everyday Australians can change lives. We really need to support them to continue doing good.

Refugees are not numbers or cases to use to win elections. Refuges are vulnerable humans who ask for our help to survive persecution.

Now when I wake up I see the blue sky and ask myself is that real? or am I still in that dark place? No, I am at the Sydney Opera House and I thank Alison and Mums for Refugees for every second they spent with me and my family, because they made a huge impact on our lives.

Thank you for listening.”

We demand international community to act on this crimes against Ahwazi Arabs and other ethnic groups such as Kurds, Turks and Balochs.

The story of Al Ahwaz

Under the slogan “Arab Al-Ahwaz must be liberated from Iran, and...

Under the slogan “ Yes to the Liberation of Ahwaz Al...